A Story of Hope

A Story of Hope

a rough road leads to rescue 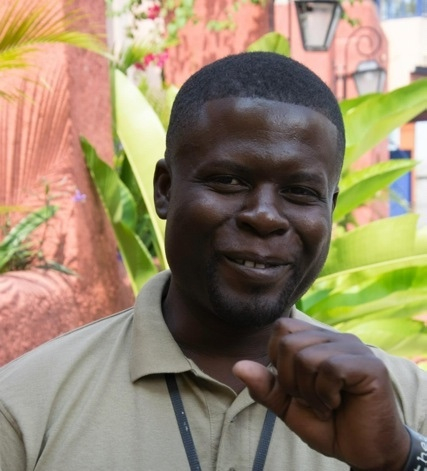 Many of you know our dear friend and brother Pierre.  For those of you who have spent any time with him in Haiti you know he has a huge heart for the Lord, a huge heart for his country, a huge heart for ADTH and of course huge muscles 🙂 Today we would like to share Pierre's interview with you. It is truly a story of HOPE and shows not only the power of the Lord, but how a true HOPE in Him can change a life for eternity. There is rescue from rough roads.

Q: Can you tell us the story of when you came to the States from Haiti?
Pierre: I came to the States at ten years old because my mother was suffering and my father was so poor. I got on a small dangerous boat with twenty-one others including a couple of my cousins. I was the youngest. Almost everyone on the boat got sick except for me and I became the caretaker of everyone. We made it to Cuba. Then the Cuban authorities attached a yacht to our boat and pulled us to the canal where the American Coast Guard would pick us up. We were in Cuba for eleven days before the trip to the canal. During that time myself and  the twenty-one others were abused by the Cuban government. I was kicked and beaten. After arriving in the United States, nineteen of the twenty-one in the boat were deported back to Haiti. For some reason the authorities took pity on me and one other girl. I was with INS in Miami for six months. I then moved to Orlando with my cousin who abused me. I then Moved in with an American black family who lived in the neighborhood. They took pity on me. I
then was taken in by an old white lady who kept me in school.
She died and I began getting into drugs and in with a bad crowd. In 2006, at thirty years old, I was arrested on drug charges and then deported back to Haiti.

Q: When did you give your life to Jesus?
Pierre: Though everyone thought I was a Christian it wasn't until I began working for A Door to Hope. One Sunday morning in Calabasse after a message from Pastor Eschlet Charles I went to him and asked if he would pray with me to receive Christ.

Q: How does Jesus give your life hope?
Pierre: Jesus has changed everything in my life. I have peace and HOPE for the future like I never had before.

Q: You turned your life to the mission of ministry… How does that change your life?
Pierre: God is now leading me to help my people find what I found. I want to share everywhere. I have purpose now

Q: How did you get involved with A Door to Hope?
Pierre: One day Pastor Brent was walking through my village and I was sitting next to a fire. He spoke in Kreyol to everyone but I spoke English to him. I told him my story and we became friends. Since then I've worked more and more with the ministry and fell in love with everybody at ADTH

Q:  How has A Door to Hope given you a new HOPE?
Pierre: I have a mission now to my people. Yes ADTH is providing a job and food for my family and a home but they are giving me back my life's purpose too.

Q: What is your dream for the future?
Pierre: I want to become a better man and to help more and more people through the Ministry of A Door to Hope.