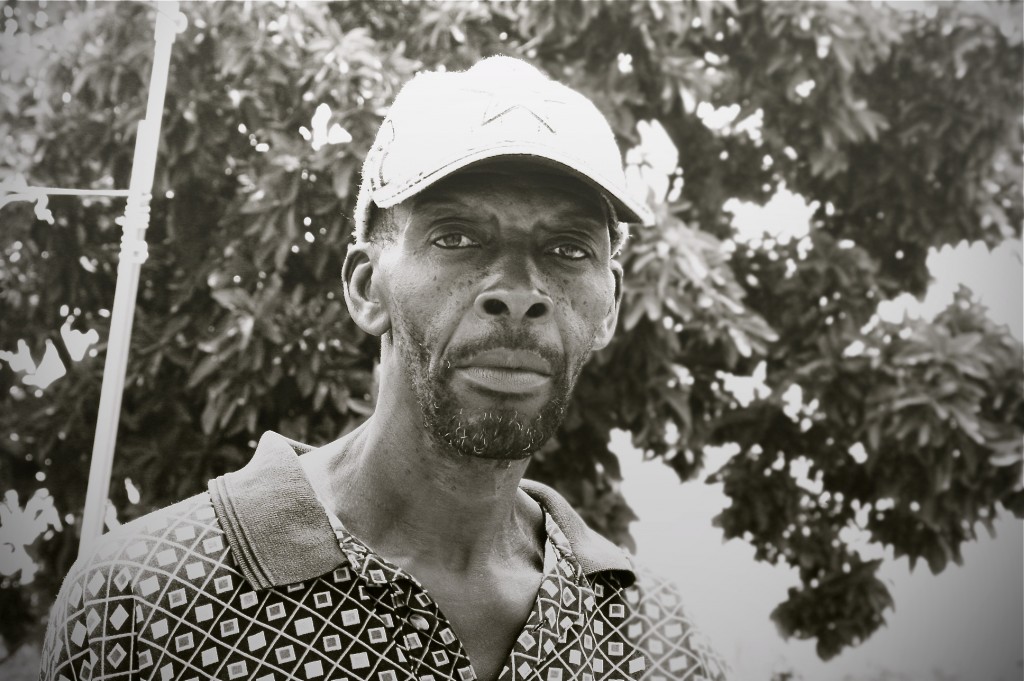 I can’t even begin to imagine the way it felt when the floor of the earth began to shake that afternoon. Nor can I imagine the darkness, fear, chaos, loss, disaster and devastation that consumed the hearts living on the already impoverished island.  I speak to many people in Haiti that recall the dreadful day of the earthquake.  Some shed a tear trying to recollect the minutes, but most won’t even talk about it because of the pain it recreates. The reality of loss and death became vivid when speaking to a man named Saint Verti in the village of Calabasse when he offered us his story.

Saint Verti is a husband, a father of seven, a grandfather to one and a farmer in his community. January 12, 2010 he lost his son, Sefanie, to the powerful quake. He was inside their home and was not able to escape when the walls collapsed. All the other children were at school and survived with only minor injuries; his wife also survived. Farmer Verti explained that day to be painful. He and his wife still grieve the loss of their son but they find strength in a hope that lives inside of them. It is a hope that helps them to face every day and every obstacle that they are challenged with. They call their hope, Jesus. They trust that He provides; they trust that he is saving; they trust that he is Love. Farmer Verti and his family attend the church of Calabasse and he strives to be a leader in his church and of his family. He works daily sowing, planting, harvesting and selling many crops to the community. Although he never knows if they will make ends meet, he works diligently to make sure he is doing what he can to provide. His sweat and callused hands feed his family.

In addition to losing the precious life of his son, farmer Verti and his family also lost their home. As he told us his story, he stood on a pile of rubble where they dream the walls of their home will stand again one day.

We also dream with farmer Verti. We yearn for the resources that are needed to put a roof over their head; to provide for them a home. Again, it will take only $4,000 for us to build them a very durable and efficient structure. Please consider partnering with us financially to build their home, or even consider joining us on a journey to Haiti to BUILD it!

what are your thoughts? Cancel reply